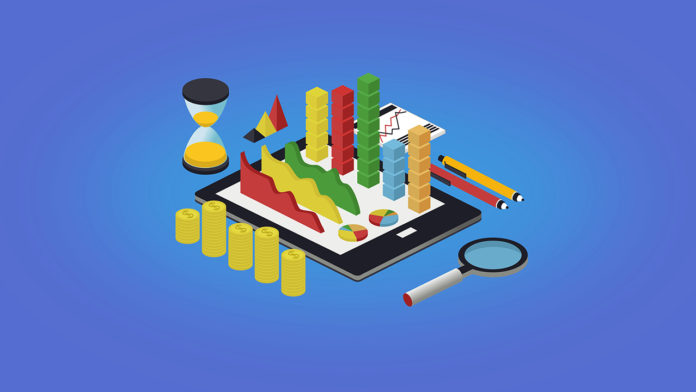 reThink Finance As A Service
23 February 2017

Recently, The Business Times reported that ‘there was a 65 per cent drop in overall investment in Singapore-based FinTech companies’ in 2016, down from US$605 million to US$214 million. This is according to a KPMG International study Pulse Of FinTech. The report also mentioned an overall fall in the average deal value in the FinTech sector (the number of deals decreased by only two to 28 during the same period).

This is not surprising. The churn in the FinTech sector is an indicator that the ecosystem is maturing. Besides, it also indicates many other things that were under the scanner at a recent conference organised by the CIO Academy Asia (reThink CIO—Finance-As-A-Service).

While there is no denying the fact that the FinTech revolution is here, all FinTechs are not genuinely innovating— some are serving old wine in a new bottle. According to Emmanuel Daniel, Founder and Chairman of The Asian Banker, the FinTech Fever owes its existence to three factors: Excess Capital (venture capital), Excess People (people who were laid off by the banking industry after the global financial crisis), and Open Technology.

Daniel surmised that some of the FinTech offerings/solutions that we see today were once offered by enterprise technology vendors; the only difference is that now enterprise technology is being offered on a software-as-a- service (SaaS) model, making it much cheaper and easy to consume. This has happened because banks’ IT systems have migrated from the mainframe to the cloud.

However, all is not lost for FinTechs yet. The ray of hope for them is the open architecture with common standards that all the banks in Singapore, led by the Monetary Authority of Singapore (MAS) and The Association of Banks in Singapore (ABS), are striving to put in place.

The integration of banks, FinTechs and customers will make the FinTech revolution a reality. This will largely happen through Application Programming Interfaces (APIs) that the MAS has been spearheading with its API Playbook project.

According to Ong-Ang Ai Boon, Director, ABS, the Singapore banking industry’s adoption of APIs will spur innovation in the Financial Services Industry (FSI), which is aligned with Singapore’s vision to be the financial centre of Asia.

APIs are enabling rapid and agile innovation, and banks should partner with and engage FinTechs to develop better solutions to serve their customers, she said. The good news is that some forward-looking banks such as DBS Banks (they have launched the Digibank App), Citibank (has built an API Portal to engage FinTechs) and UOB Bank (partnership with FinTechs), are already doing this.

Besides developing APIs, governance is another major area that needs attention. In shaping the governance framework, old baggage should not stop a bank from trying out new approaches, advised Sreeram Iyer, COO, International and Institutional Banking Business, ANZ Bank. ‘Be agile but don’t be fragile’ and ‘figure out how to remain agile’ were his advice in terms of best practices for Governance.

“Last year was the year of hype (for FinTechs),” said Sopnendu Mohanty, the Chief Fintech Officer, MAS, addressing over 150 banking and FinTech leaders at the reThink CIO conference. “This year Singapore has to deliver. How do we do that? That’s a big question and we collectively have to find a solution for it.”

Mohanty shared some interesting statistics regarding FinTechs. “There are roughly 5,000 FinTechs globally,” he said. “Only 5% have actually scaled beyond their domestic market. So, there has to be a way go to beyond the domestic market (for our FinTechs).”

Mohanty alluded to the fact that our geography (Asean or even the larger Asia Pacific countries) is a great strength for our ecosystem. “Close to 4 billion people stay around us,” he said. “This is a huge opportunity for us. There are 2 billion people who are online, and there are 200 million SMEs. I am told that 80% of new jobs will be created by SMEs. They will need money and we need to unlock the capital for them. So, FinTechs can play a big role here.”

According to Mohanty, FinTechs face three major challenges in the region: Regulatory challenges, lack of risk capital, and lack of common standards.

In the context of risk capital being scarce in Singapore, he said that we are far behind the Silicon Valley. “Unlike the US, where they put a lot of money behind bad ideas, we don’t put money even behind good ideas here, and our appetite to put capital in early stage companies is very very low,” he said. Obviously, this is not good for nurturing innovation in the region.

Sandra Stonham, MD—Technology & Operations, DBS Bank, said that the biggest challenge for the financial sector is collaboration across banks. “The financial community needs to come together and build standards for APIs,” she said. On its part, she said, her bank (DBS Bank) is rewriting a lot of the APIs internally and publishing them externally.

According to one of the panellists, APIs are a means to an end, and the end is ‘Fintegration’. “APIs will create conjoined or complex customer journeys across verticals,” he said. On the question of the B2B element and APIs, Mehra said that key challenges include the commercial onboarding process for FinTechs—it is still very slow. He also said that, contrary to expectations, startups are not that nimble and agile, and that may be so because they lack resources.

“The API Playbook was an achievement but a lot needs to be done,” said Eduard Fabian, MD, Head Group Technology, Wholesale and Retail Bank, UOB. “We need to know what customer problem we want to solve, and how do we make money? Banks have a lot to work together on.”

Expanding the topic to banking problems in ASEAN, Mohanty said that there was a need to build a common infrastructure for all banks in the region; interestingly, he said he is also looking for ‘a magic data translator that allows old data formats’ to be integrated with APIs, and then they can get plugged with startups.

When the conference came to end, the picture was clear as to what is there on the wishlist of banking and FinTech It leaders. They are as follows:

To end this piece with a cautionary note, a sentiment that was shared by Daniel. Firstly, be it banks or FinTechs, finance should not be a failure of the imagination. Traditional banks are here to stay, but they have to find ways to engage with the innovative FinTechs.

Secondly, while the banks could build APIs or common standards, that is the easy part . What is more difficult is the relationship with the customers part. How to reinvent that part in the age of gamified interactions?

Thirdly, if the banks reinvent themselves, they should not bring over any old baggage to the changed environment, and they should adopt an innovation not just for the sake of innovation but to serve a genuine customer need.

If the banks could take care of all these imperatives, they should be in a good spot in the 21st century.

This was the first edition of the ‘reThink CIO—Finance-As-A-Service’ conference organised by CIO Academy Asia (CIOAA). CIOAA would like to use this platform to encourage views and insights to be shared within the financial sector community, and will be extending it to other Asian countries in the FinTech space.

Creating a Data-Informed, Agile and Connected Business in minutes | SG

Creating a Data-Informed, Agile and Connected Business in minutes | KL