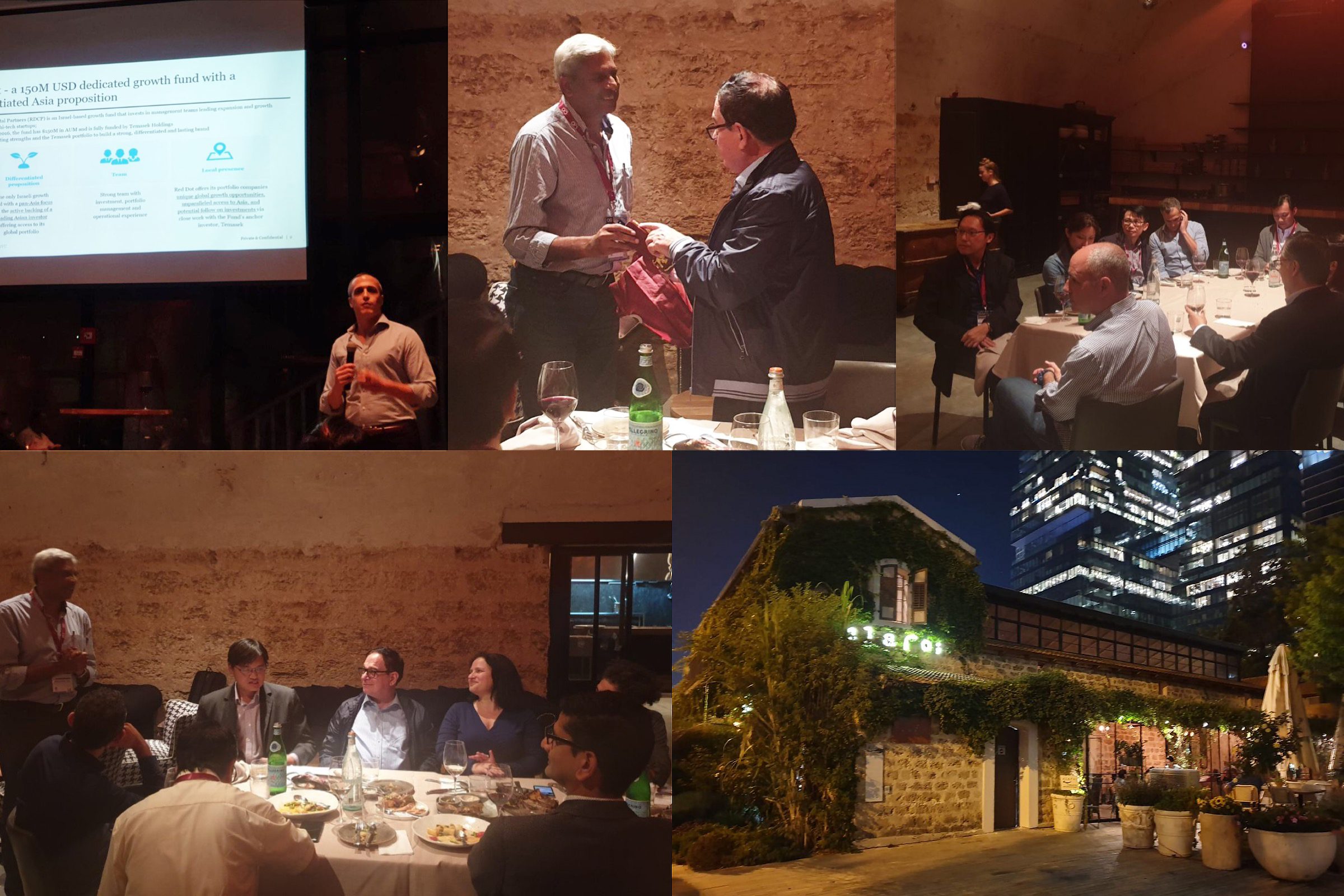 Given the red hot startup scene in Israel, can Singapore Inc get a piece of the action? Can Singapore VCs leverage the expertise of early or mid-stage startups in ABC (AI, big data, cybersecurity) in Israel? Can Singapore, the “Smart Nation”, collaborate with Israel, the “Start-up Nation”?

The answer to all the above is yes. And one VC is doing it right now. Launched in 2016, Red Dot Capital is an Israel-based VC fund focused on tech startups and funded by Temasek Holdings. Its portfolio includes firms like Ctera, Armis, Puls, Claroty, Celeno, and Global-e, among others.

“Red Dot invests only in a select number of companies to ensure our team can properly engage and contribute to each and every one of them,” said Mr Yoram Oron, chairman and managing partner of Red Dot Capital. “We leverage our team’s and Temasek’s diverse global network to make high-impact introductions to potential clients, strategic players and other investors.”

Red Dot Capital was one of the companies that a delegation of Singapore-based CIOs, CTOs and CISOs visited on Sept 23, 2019. The delegates were on a study mission to Israel organized by the CIO Academy Asia. They also visited the Israel Innovation Center, Check Point, CyberArk, Sepio Systems, ReSec, Dell EMC, PwC and a slew of startups funded by Team8, as well as hosted under the Israel Export Institute, an arm of the Ministry of Economy and Industry.

Red Dot Capital hosted a reception dinner for the CIOAA delegation at one of Israel’s famed restaurants, Claro. “We invest in Israel-related high-tech companies with market-tested technologies and a robust customer base,” Mr Yaniv Stern, Red Dot’s managing partner, said. “Potential investees must demonstrate a strong revenue growth and an interest to scale their operation internationally. We have particular interest in companies seeking growth in Asia.”

Mr Yaniv Stern has 15+ years of experience in tech and finance. He has an MBA from Harvard Business School and was previously part of the private equity practice at McKinsey & Company.

The delegation also reconnected with Ms Simona Halperin, Israel’s former Ambassador to Singapore and East Timor from 2017 to 2019, who was a guest at the dinner. Ms Halperin was instrumental in helping CIOAA organize this Study Mission to Israel. She’s now back in Tel Aviv in Israel’s Ministry of Foreign Affairs.

Here’s a sneak peak at some Red Dot investees:

Redefining the Playing Field with Exponential Technologies and Enterprise Mobility

Put IT in the Driver’s Seat