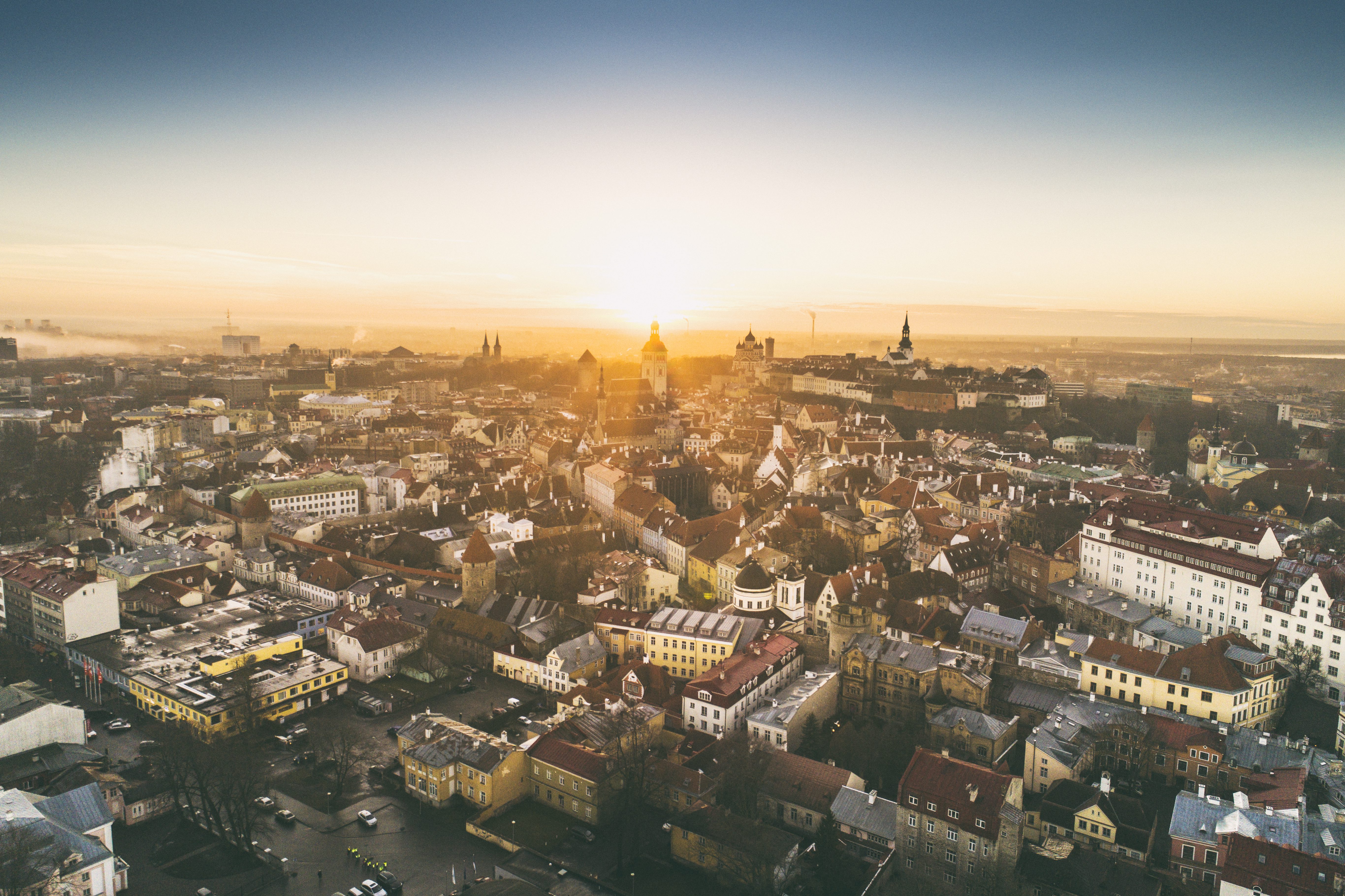 If you were to play connect-the-dots with a map, Estonia would be the link between Scandinavia, Central and Eastern Europe. After learning of its hidden charms, you might find it impossible not to pay a visit. Luckily you can land right in the heart of Tallinn by plane, ship, coach or train.

While Tallinn is the official capital of Estonia, there are several other ‘capitals’ in their own rights: Tartu is the long-standing capital of culture, Pärnu of summer, Kuressaare of weddings, Jõgeva of frost and Türi of flowers and spring.

Estonia is a digital society which was the first country to implement online voting in 2005, and virtually all tax returns are filed electronically. Citizens can sign legal documents remotely with their ID cards and anyone in the world can apply to be an e-resident. And yes, it’s true – there is 4G coverage even in the middle of the woods.

Estonians have a tree-hugging streak, and rightly so – roughly 50% of the country is covered by forest, inhabited by all kinds of fauna including lynxes, wolves, brown bears, foxes, rabbits and deer. Over 380 species of birds can also been seen throughout the year.

Estonia has the highest amount of meteorite craters per land area in the world, the most spectacular of which is the Kaali crater field on the island of Saaremaa. The largest crater, measuring 110 m across and 22 m deep, was an ancient sacrificial site.

With the largest collection of folk songs in the world, 133,000 recorded tunes, Estonia has aptly been called the “singing nation”. The lyrical tradition culminates every five years in the Estonian Song and Dance Celebration, a gathering of up to 200,000 performers and spectators.

As a child, you’ve surely dreamt of swinging so high that you go sailing over the top of the swing set. Estonians have turned this fantasy into a sport called ‘Kiiking’ (kiik is Estonian for swing). It involves strapping yourself upright onto an enormous swing and vigorously pumping your whole body with the goal of rotating 360 degrees. Your inner child will love it. 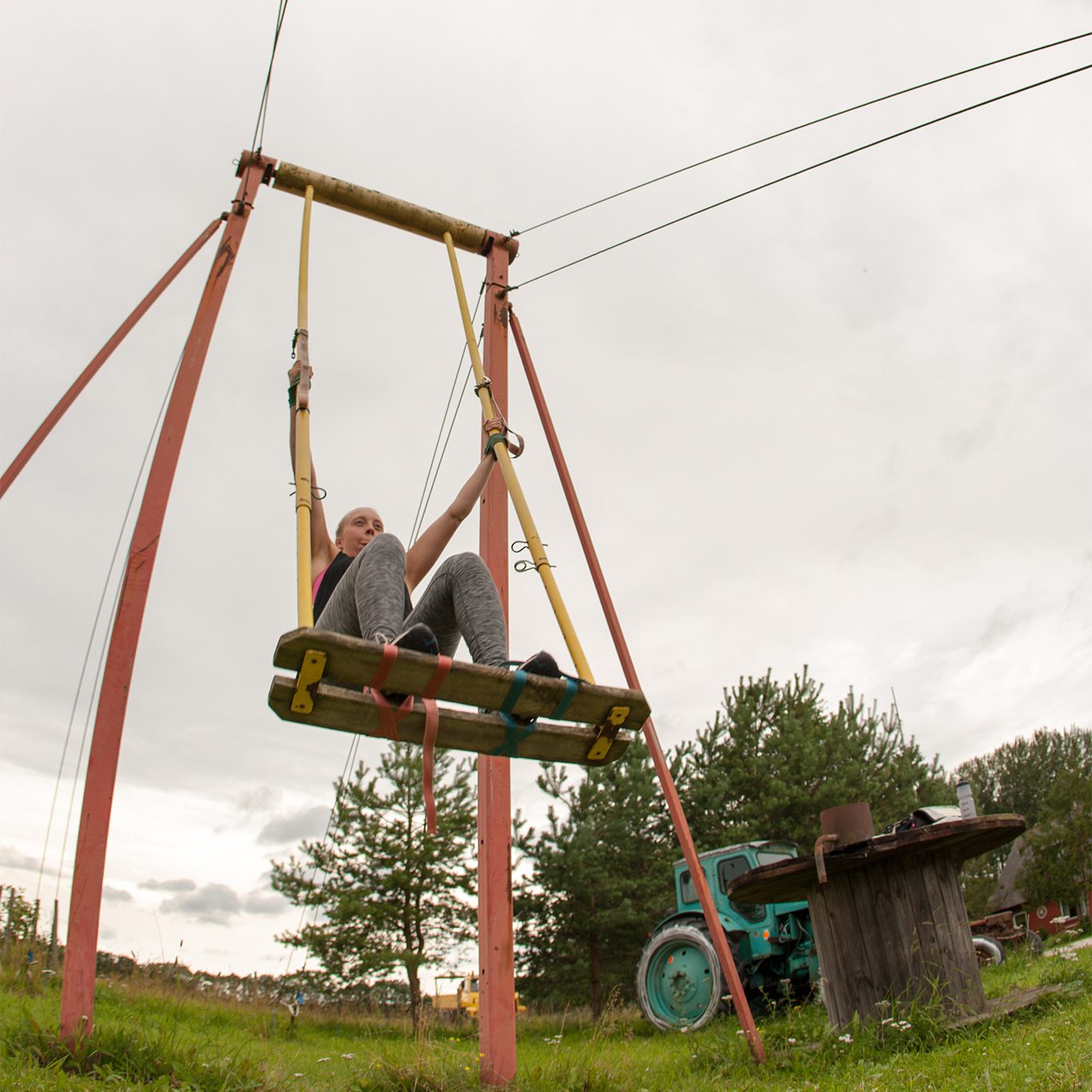 With 1.3 million residents and more than 2 million foreign visitors each year, Estonia is one country where annual tourists exceed the local population. However this still leaves plenty of peace and quiet, especially deep in nature.

Estonians have a knack for peculiar sports, including wife carrying. Though wife carrying originates from Finland, Estonian couples won the World Championships for 11 consecutive years, from 1998 to 2008. To what do they attribute their success? Perhaps to the popular “Estonian Carry” technique, in which the woman clings to the man’s back, upside down. It’s a favourite among competitors worldwide!

Estonia contributed its part to the international Space Race by producing the first food intended for space travel at a factory in Põltsamaa in 1962, a year after Yuri Gagarin became the first man in orbit and seven years before Apollo 11 would land on the moon. Põltsamaa’s production of cosmonaut meals has ended, but Estonia’s involvement with space has not – in 2013, the country’s first satellite, the ESTCube was sent into orbit.

The concept for World Cleanup Day was born in 2008 in none other than Estonia, when 50,000 volunteers did their part to keep local scenery pristine by collecting litter. Around 16 million people in 113 countries have now participated. The biggest “positive civic action” in the world is scheduled for September 8th, 2018 when World Cleanup Day plans to involve 150 countries in a full day of cleaning around the globe. Other Estonian innovators like HoseWear, Derelict Furniture and fashion designer Reet Aus upcycle materials like old firehoses and wood scraps into stylish, environmentally-conscious creations.

Of all the trees in Estonia, a towering oak in the village of Orissaare, Saaremaa is undoubtedly the most famous. It was voted European Tree of the Year in 2015 and stands right in the middle of a football field. Story has it that during Soviet times, two tractors tried to remove it but were no match for the mighty oak.

During the winter cars can travel across 25 km of frozen sea to the island of Hiiumaa on the longest ice road in Europe. A total of seven official ice roads give motorists the unique opportunity to drive to coastal islands otherwise only accessible by boat. 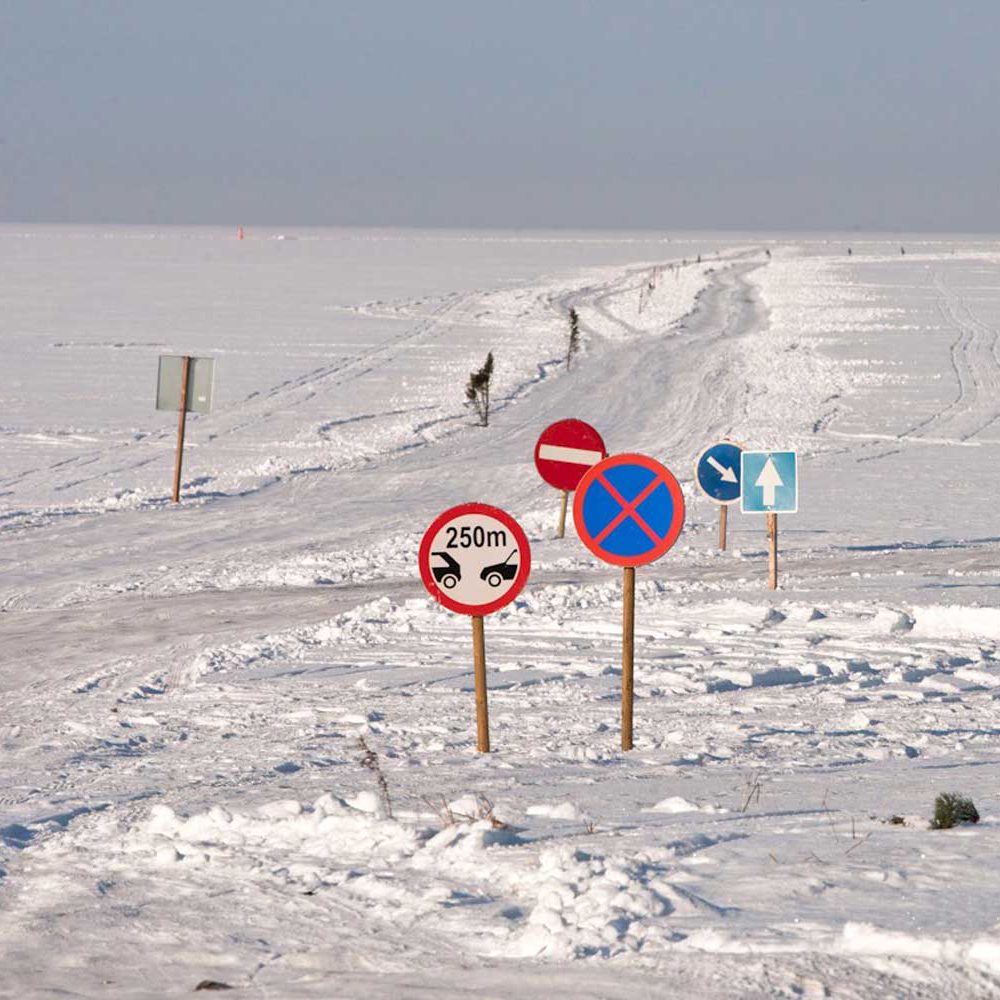 Europe’s largest sauna marathon takes place in Otepää. Teams from around the world race between about 20 different saunas to be crowned the winners. When they’re not busy plunging into a freezing ice hole, competitors can enjoy the wintry sights of South Estonia.

From Automation to Autonomy – Insights on Next Gen Robotics

Building intelligent IT operations with AIOps