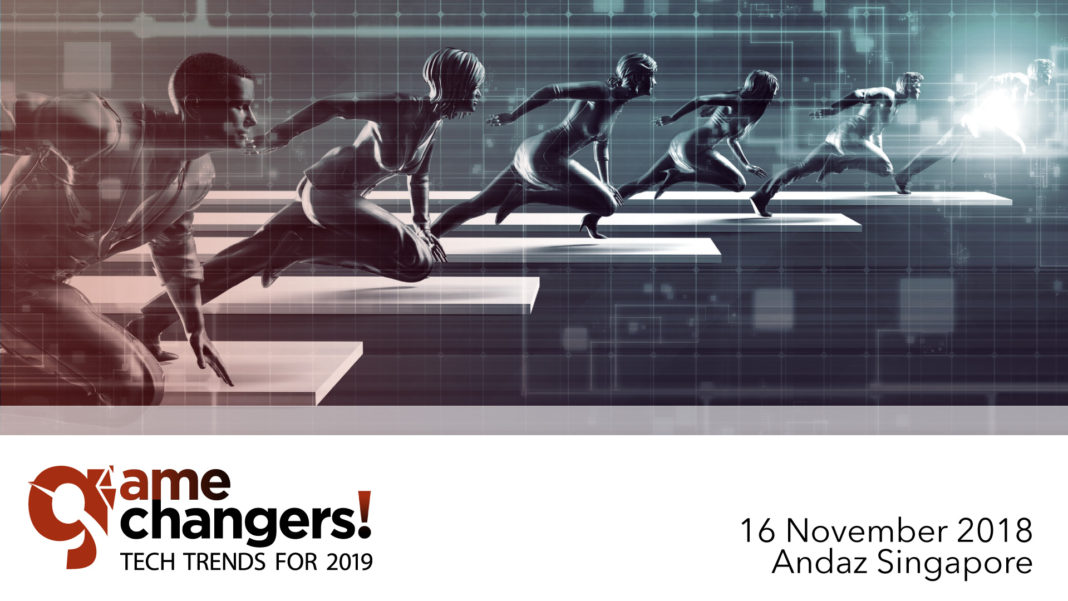 Join our exciting Forum as we unveil our survey results and hear from tech luminaries about tech trends that will change the business landscape for the region in 2019!

Digitalisation and unprecedented connectivity are redefining the competitive playing field for organisations today. We are already experiencing glimpses of profound technological changes, promising to enable capabilities that can exponentially empower businesses, industries, and governments with game-changing implications.

The half-day forum will bring together tech luminaries from the government, enterprises and technology companies to discuss these new digital imperatives that will be a turning point for bigger things to come.

At the forum, we will also be unveiling the key findings from our Tech Trends and Priorities Survey 2019, which will offer insights into the latest trends that will have a big impact on businesses and tech leaders, as we determine the tech priorities and directions for the South-East-Asian region in the next 1-2 years.

More speakers will be announced soon, in the meantime do REGISTER to reserve your seat.

Vivek Kumar is a Director with the National Trades Union Congress (NTUC). Under his leadership, his team grows the Labour Movement and builds relationships with 3-Generation NTUC members & networks, together with NTUC-affiliated unions and associations, NTUC Social Enterprises, NTUC U Associates & professional groups such as startups & technopreneurs.

Vivek is presently a board member of NTUC Link Pte Ltd, and NTUC Club. He is also a Board Member of Enterprise Singapore (Ministry of Trade and Industry) and Assurity Trusted Solutions (a wholly owned subsidiary of GovTech). He is the honorary Chairman of the Asia-Pacific Advisory Board of Global Chief Marketing Officer (CMO) Council, a keynote speaker at regional conferences, and writes in selected business publications.

Varun Sakhuja is Director, Innovation Management for Mastercard Labs in Asia Pacific. He leads innovation management for South Asia market as a part of Mastercard Labs Asia Pacific. In this role, he is responsible for activities that help generate unique, innovative ideas, both internally and in collaboration with our key external partners. His focus spans ideation through prototyping and business case development, both developing new propositions and determining which opportunities make the most sense for Mastercard and its partners to pursue & incubate.

Varun has been with Mastercard since 2016 and he has held key business development roles: first in Acceptance Development and followed by Merchant Development. In these roles, he and his team were responsible for leading the top merchant relationships and merchant led co brands, accelerating the value and relevance of Mastercard.

Prior to joining Mastercard, he spent almost 8 years in American Express where he held multiple positions in product development and sales. In his last role he was Heading Digital Partnerships for American Express India and launched platforms such as an instant card decisioning and virtual payment products such as ePrepaid and ezeClick wallet.

He has a post-graduate diploma in Finance & Marketing from Indian Institute of Planning & Management, Delhi and holds a B.com (Hons) degree from Shaheed Bhagat Singh College, Delhi University.

Prior to his appointment, Howie was the CMO of StarHub where he was responsible for charting StarHub’s brand and marketing as well as leading the Mobility, Pay TV and Broadband businesses. Before that, he was the vice president corporate development of Lenovo where he oversaw Lenovo’s end-to-end post-merger management and related merger and acquisition matters.

He has more than 25 years of experience across various global companies including Lenovo and IBM, in corporate development, formulating brand and marketing strategies, and driving global strategic partnerships. He is the current president of the Singapore Computer Society’s Executive Council and sits on the board for NUS Institute of Systems Science and Singapore Science Center. Howie holds a Bachelor of Business Administration from the National University of Singapore.

Prior to his appointment, Howie was the CMO of StarHub where he was responsible for charting StarHub’s brand and marketing as well as leading the Mobility, Pay TV and Broadband businesses. Before that, he was the vice president corporate development of Lenovo where he oversaw Lenovo’s end-to-end post-merger management and related merger and acquisition matters.

He has more than 25 years of experience across various global companies including Lenovo and IBM, in corporate development, formulating brand and marketing strategies, and driving global strategic partnerships. He is the current president of the Singapore Computer Society’s Executive Council and sits on the board for NUS Institute of Systems Science and Singapore Science Center. Howie holds a Bachelor of Business Administration from the National University of Singapore.

Ms Siew Yim Cheng is the Chief Digital Officer of Singapore’s JTC Corporation (JTC). She holds direct responsibility for the digital transformation of JTC. She oversees a diverse portfolio which includes systems and technologies for JTC’s corporate and business operations, technology requirements of JTC’s industrial estates and facilities and driving the digital transformation of smart industrial estates.

Prior to joining JTC Corporation, Yim Cheng was Senior Director of the Enterprise and Partner Sales Group in Microsoft Singapore. She has a proven track record in both public and private sectors, with more than 11 years in Microsoft and prior to that, 11 years in the then National Computer Board. Her career spans a diverse range of roles, from Software Research and Development, Artificial Intelligence and Expert Systems development, sales business management, to driving sales and marketing for Singapore and the Asia Pacific, Greater China and Japan markets.

She is President of the IT Management Association (ITMA), member of the Technical Expert Panel for Singapore International Mediation Centre, member of Ngee Ann Polytechnic ICT Advisory Committee and Council member of the Chartered Management Institute (CMI).

Gaurav is currently Chief Product Officer at Singapore Press Holdings Ltd. driving the vision, strategy, design, development and monetization of its digital media content and products. Backed with an experience of 15 years in technology, business strategy and product management, Gaurav was Head of Product for Growth at Grab, Product Leader at Autodesk & Adobe driving their respective products portfolios, whilst defining the next generation strategy and steering core thinking for these products through business model transformation. Gaurav is a MBA from Indian School of Business (India), and has a background in computer science and engineering from Cambridge University (UK) and Delhi College of Engineering (India). Outside of work he dwells in Music, photography, and cooking with friends over, for engaging conversations on cinema and world matters.

Justin Chiah is Senior Director and General Manager for the South East Asia and Taiwan region at Aruba, a Hewlett Packard Enterprise company. He is a member of the Aruba Asia Pacific and Japan management team. Chiah leads the Hewlett Packard Aruba Business across 18 countries and is responsible for the Sales and Marketing, Business management, Channel Management, System Engineering and overall Go To Market Strategy.

He is a frequent spokesperson to customers, partners, analysts and media on the emerging for HPE Aruba. Topics include Unified Wired and Wireless, Software Defined Networks, Security, SD Branch, BYOD, Machine Learning / Artificial Intelligence and other emerging trends and technologies.

Chiah has been with HPE for more than eleven years and was formerly the Director and General Manager of the HP Networking Business Unit for South East Asia and Taiwan. Prior to that, he was the head of the Product Category Team for the Asia Pacific and Japan region. He led the team who managed the FlexNetwork portfolio consisting of Data Center, Campus and Branch Switching, Routing and Wireless, Network Management solutions. Previous roles include the HP ProCurve product marketing manager for the Campus Switching and Wireless portfolio. Before joining HP, he was the director of product marketing for Aztech Systems, an early pioneer of broadband networking technology. He started his career with Cabletron Systems, one of the pioneering companies in the enterprise networking industry where he held multiple roles on the sales and marketing team.

Chiah received a Bachelor’s degree in Arts for Political Science and Economics from National University of Singapore.

He was most recently in charge of business development and strategic projects at Inchcape Singapore – a leading automotive distributor and retailer, where he focused on MaaS, TaaS (Mobile and Transport-as-a-Service) to Autonomous Vehicles initiatives.

Kok Tian also headed the Supply Chain Operations where he oversaw all aspects of the company’s Vertically Integrated Retailing Distribution Model. Prior to that he was the IT Director and a member of the Inchcape global team with responsibilities in Asia.

P. Ramakrishna (Rama) has been involved with the tech domain for the last 35 years.

Rama was formerly with Singapore’s Infocomm Development Authority (now IMDA and GovTech), his last held position was Director of IDA’s Industry Development, responsible for national level initiatives to develop the tech industry ecosystem. He left in 2015 and became an advisor for several foreign countries to help develop their national tech masterplans.

Rama is also the co-author of the recently published ‘Intelligent Island: The Untold Story of Singapore’s Tech Journey’ which chronicles the development of Singapore’s tech industry over the last 3 decades. 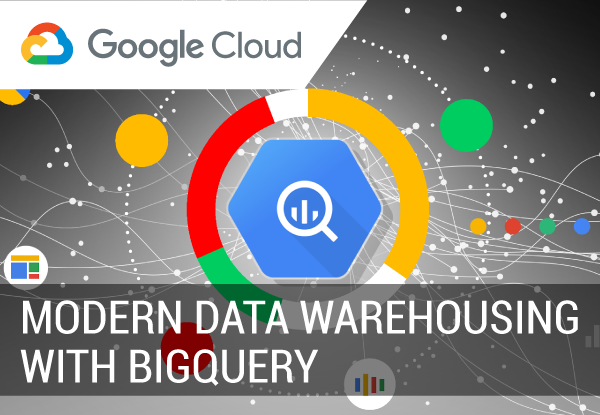 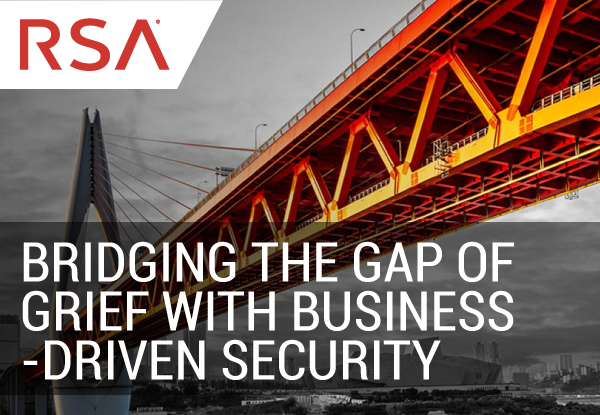 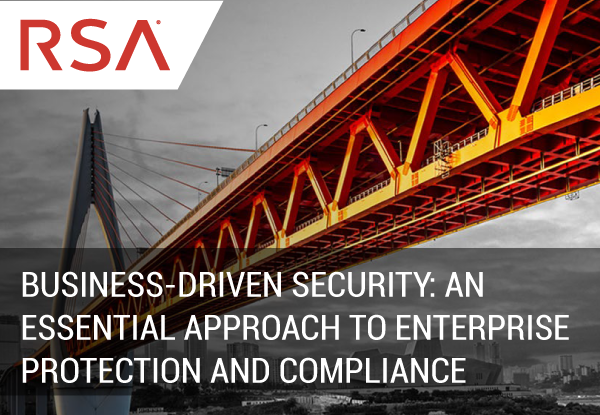