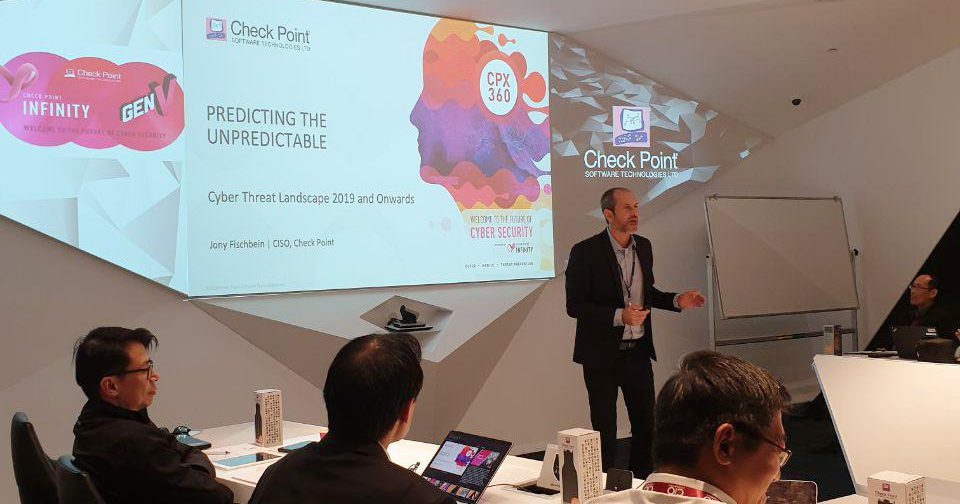 How do you check that your endpoints such as laptops, tablets and mobile phones are secure while you wander through the world wide web? How do you ensure that only those with the right credentials are able to get access to resources on your company’s digital domains?

For the former, check out Check Point. For the latter, dart over to CyberArk. Both are Israeli giants. Check Point is a pioneer and leader in the cybersec industry, was co-founded by CEO Gil Shwed in 1993 and currently has revenues of US$1.9 billion. CyberArk was co-founded by CEO Udi Mokady in 1999 and has revenues of US$343 million. Both companies are Nasdaq-listed.

These were two companies – among others – that a delegation of Singapore-based CIOs, CTOs and CISOs visited on Sept 25, 2019. The delegates were on a study mission to Israel organized by the CIO Academy Asia. They also visited the Israel Innovation Center, Red Dot Capital, Sepio Systems, ReSec, Dell EMC, PwC and a slew of startups funded by Team8, as well as hosted under the Israel Export Institute, an arm of the Ministry of Economy and Industry.

On Sept 23, Check Point’s SandBlast Agent Advanced Endpoint Protection was placed under the leaders category in the “The Forrester Wave” report. SandBlast reduces the attack surface of endpoint devices and provides behavioral protection to detect and remediate threat activities. “Check Point’s focus on integrating the endpoint security capabilities with its network security portfolio has led to one of the tightest integrations between the two layers in this study, helping customers enforce a Zero Trust approach on their endpoint devices,” Forrester noted.

CyberArk recently announced enhanced security solutions for remote access and endpoint privileged access for SaaS (Software as a Service) apps. “CyberArk Alero is a dynamic solution for mitigating risks associated with remote vendors accessing critical systems,” CyberArk’s CFO Joshua Siegel said. “We’re the first and only vendor to combine Zero Trust access, biometric authentication and just-in-time provisioning without the use of VPNs, agents or passwords in one solution.”

Members were delighted with the content and number of companies that hosted the Singapore delegation. “It was really an eye-opening trip, learning from Team8 on their capabilities to build processes that leverage the ecosystem,” said Mr Teh Sim Seng, CIO of SkillsFuture SG. “This is something every organization can adopt as we drive innovation and digitalization.”

Mr Arvind Mathur, CIO of Prudential said he was very impressed with the vibrant ecosystem of 7,000+ startups, supported by network of VCs like Pico Ventures and Red Dot Capital, and Team8. “But most importantly, I was deeply impressed by the culture of deep and wide learning, unorthodox out-of-the-box thinking, no fear of failure chutzpah, and the sense of duty to ‘repair the world’,” he said. “This is an ecosystem that any organization serious about innovation needs to understand and leverage. I was glad to be part of this study trip that gave us a deep immersion and personal engagement with key leaders of the ecosystem.”

Mr Benny Lam, Head of Academic Solutions at the National Institute of Education said the study trip surpassed his expectations. “What struck me most was the Israeli entrepreneurial spirit and the depth of the solutions that were presented,” he said. “I was especially impressed with the AI solutions that proves Israel is the innovation hub of the world. I already have new ideas on utilizing AI and analytics in the projects under me.”

Likewise, Mr Lau Kai Cheong, CIO and vice president of integrated IT services at the Singapore Management University said he was delighted to be part of this knowledge acquisition trip. “This is my second study trip to Israel. Each of us have grown our network which we can tap on when needed,” he noted. “New friends have been made.”

Mr Andre Shori, who’s taking over a new role as CISO of Schneider Electric, commented on the amazing camaraderie, stellar meetings, and fantastic networking. “CIOAA not only delivers but exceeds all expectations,” he said. “When and where is the next trip, please?”

Navigating the changing cybersecurity threat landscape : Perspectives from IT leaders...

Why CASB is Cool for Cloud Security